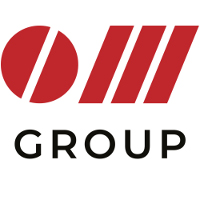 On 20 July 2022 OLEODINAMICA MARCHESINI S.p.A. (“MARCHESINI“) has finalized the acquisition of 100% of the capital of FLUID WORLD S.r.l. (“FLUID WORLD“).
MARCHESINI, founded in 1982 by the Marchesini family and based in Prevalle (Brescia), is the undisputed leader in terms of turnover and number of pieces produced and sold among manufacturers of hydraulic valves for the agricultural sector.
The acquisition of FLUID WORLD is part of the broader medium-long term industrial strategic project initiated by the new majority shareholder of MARCHESINI, aimed at strengthening the presence of MARCHESINI on all markets, with expansion of the product range and entry into new markets including earthmoving, lifting and cleaning.
FLUID WORLD will expand the commercial proposal of the OM GROUP which at the moment in addition to Marchesini is also composed of Oleodinamica 2MP based in the province of Piacenza and specialized in the production of hydraulic blocks and cetop bases and by NALDONI and BIONDI based in Lugo di Ravenna company specialized in the production of cylinder components.
FLUID WORLD will maintain its identity as well as the high quality of its products and will be a plant of excellence within the group where the proposal of new products such as cartridge valves, overcenter valves and customized integrated blocks will be strengthened.
Graziano Melloni (who will hold the position of Chief Executive Officer of Fluid World) will be flanked by Mr. Dino Falciola (CEO of OM Group) and looks with the utmost confidence at the new shareholding structure and the new governance and feels very satisfied and enthusiastic about this transaction which it will give renewed impetus to the company’s development and growth process, allowing at the same time to exploit industrial, organizational and commercial synergies with MARCHESINI, demonstrating a continuity that represents a specific will of the new shareholder.
We remain available for any clarifications and are sure to be able to give you new opportunities for your business.